The Bouldersgate > Blog > Gävle > Hero 7C+, Gävle
Regardless of the fact that Sydde had
completely trashed himself working out the beta for The art of war,
he could not stay away from giving the neighbooring-problem a shot before calling it a day. I
thought he would’nt be able to move, but to my big surprise he
managed to dig out just enough energy (or perhaps it should rather be
called will power) to climb trough the crux on the short 7C+. Unfortunetely, that was as
far as what ever it was moving him upwards, lasted. He fell of on the last move before the juggy toput. 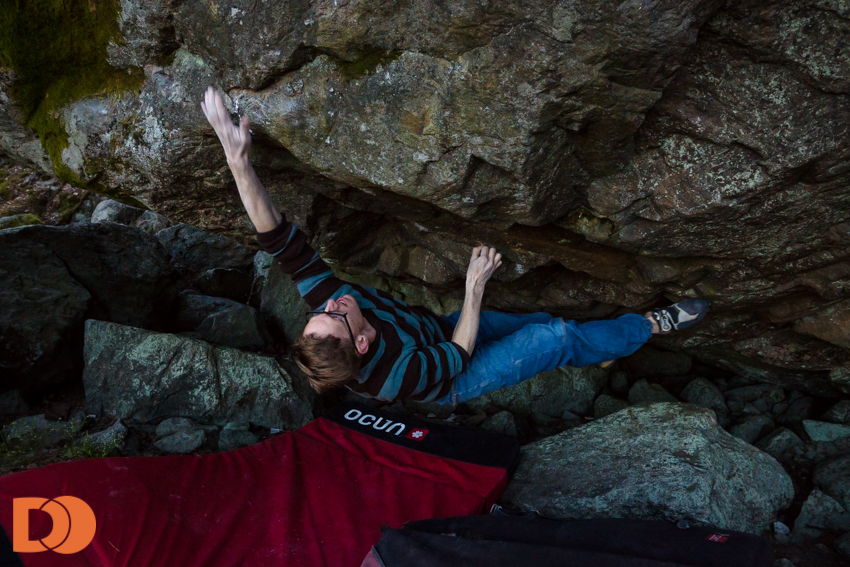